The demand for seafood is increasing as the world’s population grows. This increase in demand has led to certain seafood species being overfished, meaning that there literally are not enough fish in the sea.

This issue has led to a new kind of agriculture: aquaculture, where aquatic species are raised in farms under controlled conditions. One of the most common farmed fish is salmon — high in omega-3 fatty acids and very popular across North American and the world.

As farmed fish have become more common, so has the controversy of whether you should eat wild or farmed. However, both types have similar benefits, and most of the health concerns are now handled through monitoring and regulation of the industry.

The three main arguments between the farmed and wild camps are: 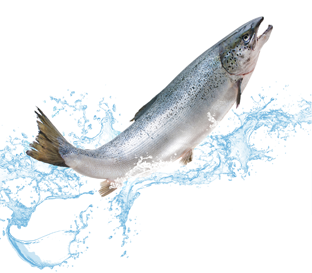 Some environmental concerns of farmed salmon deal with the spread of disease and pollution’s effect on the fish.

One concern is that importing farmed Atlantic salmon eggs into the Pacific will transfer diseases to wild fish. This issue is controlled by government restrictions on how eggs are imported.

Disease is also minimized by testing broodstock salmon (a group of mature individuals used for breeding purposes) before their eggs are taken.

Likewise, farmed salmon are monitored for tiny parasites called sea lice. Authorities in the U.S. and western Canada check monthly for the parasites and require an investigation and treatment of farms that fail to comply.

Another common worry about farmed salmon deals with contamination. Past studies have reported high levels of PCBs and other contaminants. Follow-up studies have not confirmed that farmed salmon is worse for you than wild salmon. Most scientists agree that both types of salmon are safe foods.

Fish is an important part of a healthy diet, and salmon in particular is an excellent source of omega-3 fatty acids. These polyunsaturated fatty acids are found in all fish, but are higher among fish that store more oils in their muscles, such as salmon.

Health professionals recommend that we increase our intake of omega-3 fatty acids because they are essential nutrients for our nervous system, heart, and brain health.

There may be controversy about which type of salmon is better to eat, but both wild and farmed salmon have low levels of PCB, mercury, and other contaminants. The most important distinctions between farmed and wild salmon is price and, some might say, taste. Most of the time, farmed salmon costs significantly less at the grocery store. In the end, it’s your personal preferences and pocketbook that should guide your decision. Both options will give you important health benefits.