Scaly, slithery, and sometimes deadly, snakes are found in underbrush and other wooded areas in Western Pennsylvania.

While you should be cautious of all snakes, there are three venomous snakes in particular that you should be on the lookout for when you’re enjoying the outdoors.

If you plan to spend a lot of times outdoors it is important you are able to recognize each of the snakes, as well as what to do if you are bitten.

RELATED: How to Care for a Venomous Snake Bite Wound

One of Pennsylvania’s most aggressive breeds, Copperhead snakes are the cause of thousands of rarely-fatal bites a year. Newborns’ fangs are as venomous as adult fangs and full-grown snakes range between two to three feet in length. Copperheads prey on small birds and snakes, lizards, amphibians, and insects. They are usually found in forests anywhere between New England and the Southwest. 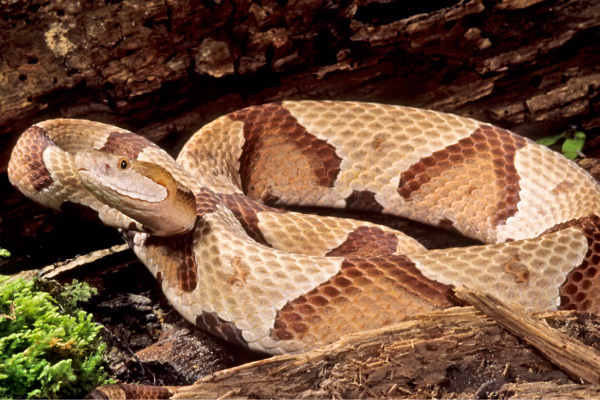 Copperhead snakes have a distinctive broad neck and head.

RELATED: Snake Bite First Aid: What to Do If You’re Bitten

The largest of Pennsylvania’s venomous snakes, Timber Rattlesnakes can be found in forests throughout the eastern United States. Timbers prey on small mammals, birds, and amphibians. Their venom can be fatal to humans if left untreated, so their bites require immediate medical attention. 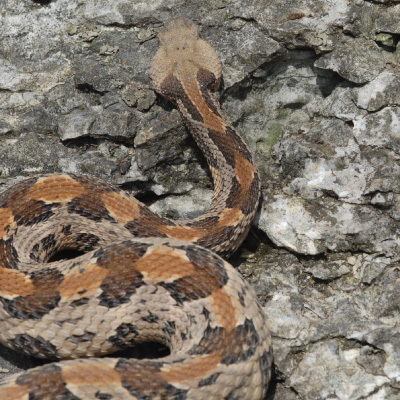 Timber rattlesnakes are the largest venomous snake in Pennsylvania.

Small and venomous, Massasauga Rattlesnakes have declined so much in population that they are on the path to becoming extinct if work is not done to conserve them. They usually inhabit wet prairies, marshes, and lakes. They rarely bite unless threatened and do contain fairly toxic venom, so listen for the rattle and keep your distance to avoid an incident. 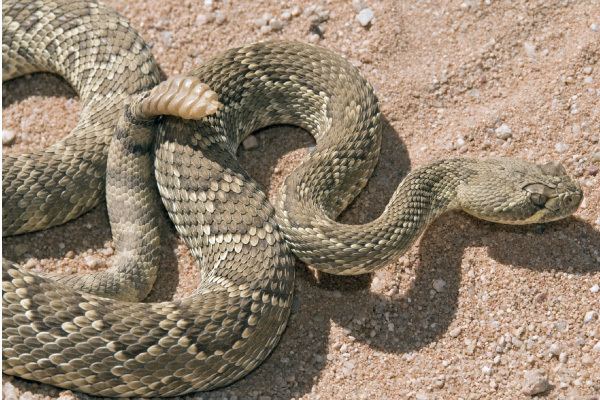 Massasauga rattlesnakes are on the verge of extinction.

Do You Know the Difference Between Venomous and Poisonous Animals?

Many people use these two terms interchangeably, but incorrectly. Although both venomous and poisonous animals are dangerous to humans, the toxin produced is delivered differently.

The Pittsburgh Poison Center is available 24 hours a day, seven days a week, to provide poison information and respond to emergencies. You can call 1-800-222-1222, 24 hours a day, for emergency help. We answer more than 100,000 calls each year from across Pennsylvania, at no cost to callers. Our staff of nurse specialists has extensive training in clinical toxicology. We also created a network of more than 70 hospitals throughout the state for consultation and follow-up treatment of poison exposure. For nearly 50 years, our symbol Mr. Yuk has helped to educate children and adults about poison prevention and poison center awareness. All stickers of Mr. Yuk carry important poison control phone numbers.