A 10 percent chance to live for five years. Would you take those odds on an experimental procedure?

Paul McGuinness did just that when he became the second person at UPMC to receive a double lung transplant. The procedure replaced his lungs, which were scarred by cystic fibrosis (CF), an inherited disease that causes the body’s glands to make abnormally thick, sticky mucus. That was 30 years ago.

Paul, an Avalon, Pa. resident, credits that surgery with changing his life. 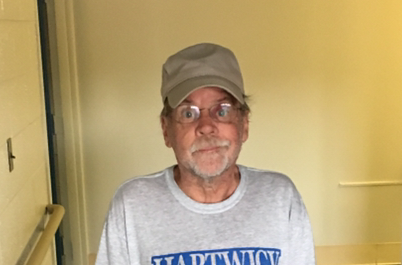 It’s also changed the lives, and hopes, of many other people with CF.

In October 1988, when Paul underwent the procedure, lung transplantation was still fairly new. Thanks to insights learned since, surgeons at the UPMC Lung Transplant Program have performed more than 2,100 lung and heart-lung transplants.

Register today to become an organ donor and get more information on organ donation.

Paul had suffered from cystic fibrosis symptoms since birth. His lung function was so poor, doctors worried he wouldn’t even make it to transplant. After 14 months on the transplant waiting list, new lungs became available for Paul.

Not only has Paul survived 25 years longer than originally estimated, he’s thrived. At 67 years old, he rides spin bikes at his local YMCA every day. He’s considered the longest living lung transplant recipient with CF in the United States.

“Before my transplant, I was so sick I could barely do anything,” Paul says. “After getting my new lungs, I’ve learned to enjoy life.”

“The transplant gave me a purpose in life,” Paul says. “Six months post-transplant, my doctors said that because of me, they were going to be able to do many more transplants. I’m still happy that I could contribute to other people’s lives in this way.”

Established in 1981, UPMC Transplant Services is one of the foremost organ transplant centers in the world. Our clinicians have performed more than 20,000 organ transplant procedures, including liver, kidney, pancreas, single and double lung, heart, and more. We are home to some of the world’s foremost transplant experts and have a long history of developing new antirejection therapies—so organ recipients can enjoy better health with fewer restrictions.