Fidgeting, unfocused, talkative, and impulsive—these words describe any child at some point in their childhood. But for children with attention deficit hyperactivity disorder (ADHD) who are not treated, this is their everyday life.

With treatment, kids with ADHD can live full, healthy lives.

The good news is that the number of children diagnosed with ADHD has reached more than 10 percent, a significant increase during the past 20 years, according to a JAMA Network Open study released over the summer.

The disorder isn’t suddenly spreading, but it is being increasingly recognized and, more importantly, being treated. The study notes that the increase is probably due to greater access to health care, greater awareness in the public, and less stigma to mental health issues.

Although there is not a cure for ADHD, with the proper treatment, children may “outgrow” ADHD, and adults with persisting ADHD can live full, productive lives.

ADHD, also called Attention Deficit Disorder (ADD), is one of the most common neurobehavioral disorders of childhood. Though usually first diagnosed in childhood, it can last into adulthood. (See the sidebar article about adult ADHD.)

These traits of ADHD can cause serious difficulties at school, at home, or with friends. They also increase a child’s risk of accidental injury.

The causes and risk factors for ADHD are unknown, but genetics appear to play a big role. Despite the popular myths, ADHD is NOT caused by eating too much sugar, watching too much television, poor parenting, or poverty. These things might make symptoms worse for some children, but the evidence does not point to them as the causes of ADHD.

Does my child have ADHD? 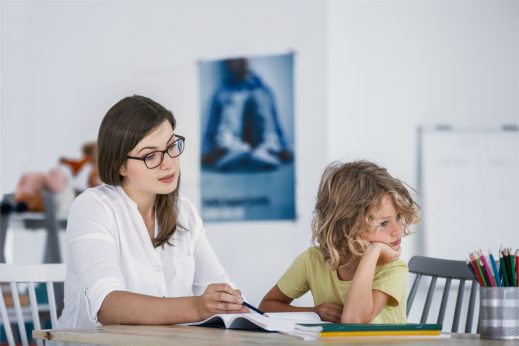 If your child displays several of the symptoms above, how do you know if they have ADHD? Diagnosing ADHD is a process that takes several steps. There is no single test. And other problems, like anxiety, depression, sleep problems, and certain types of learning disabilities can have similar symptoms.

Start by talking with your child’s doctor. They will rule out other physical conditions that have similar symptoms. If you and your doctor still have concerns about ADHD, you can take your child to a specialist such as a child psychologist or developmental pediatrician.

They will talk to your child, and gather information from you, other caregivers, and possibly your child’s school. They will also compare your child’s behavior to other children their age. The provider will then determine if your child has ADHD with the help of standard guidelines from the American Academy of Pediatrics or the American Psychiatric Association’s Diagnostic and Statistical Manual (DSM).

Mental HealthHow to Meditate for Beginners

Mental HealthWhat’s the Connection Between Clutter and Stress?

Mental HealthHow to Meditate for Beginners

Mental HealthWhat’s the Connection Between Clutter and Stress?

What if my child has ADHD?

First, don’t panic. Many famous and successful people have ADHD, ranging from Nobel prize winners and business leaders to artists and performers. With the right treatment and behavior therapy, a child with ADHD can live a happy, productive life.

But to help your child reach their full potential, it is important to get help for ADHD as early as possible.

For children age 6 and older, ADHD is best treated with a combination of behavior therapy and medication. For preschool-aged children (4 to 5 years of age), health professionals recommend starting with just behavior therapy, particularly training for parents.

Medications affect children differently. One child may respond well to one medication, but not another. Your doctor may need to try different medications and doses, so it is important to work with your child’s doctor to find the right mix for your child.

Whatever course you pursue, good treatment plans will include close monitoring, follow-ups, and making changes, if needed, along the way.

Children and Adults with Attention-Deficit Hyperactivity Disorder (CHADD) operate a call center with trained staff to answer questions about ADHD. The number is 1-800-233-4050. Their website also offers a wide variety of resources for people and families with ADHD.

Have a question or concern about ADHD and your child? Talk to your pediatrician. You can find a UPMC Pinnacle pediatrician near you at UPMCPinnacle.com/PrimaryLocations. 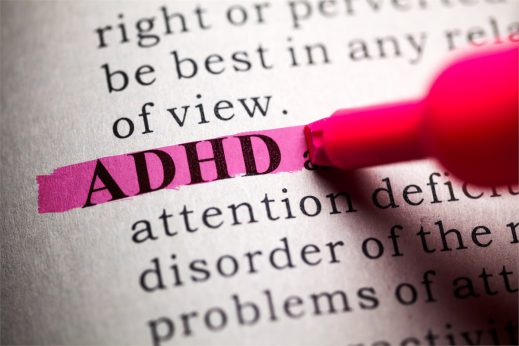 It’s estimated that about 4 to 5 percent of U.S. adults have ADHD – yet most are undiagnosed and untreated. Even though every adult who has ADHD had it as a child, most were never diagnosed growing up. Many find out later in life when seeking help for depression, anxiety, or other symptoms related to ADHD.

ADHD affects both men and women and they may face the following challenges:

If not treated, these challenges can cause emotional and social problems, as well as problems at work and in school. There is no cure for the disorder, but it can be successfully treated. The approaches for adults vary, but generally, some combination of medication and behavior therapy works the best.

Often, the same prescription drugs used to treat children are effective for adults. However, the dosage and frequency of the medications may have to be adjusted.

Adults with ADHD can live full, productive, and successful lives. If you suspect you may have ADHD, talk to your family doctor. They can help with the diagnosis and steer you to the resources you need.