UPMC now offers the WATCHMAN™, an innovative heart procedure that reduces the risk of stroke — and major bleeding, too.

Blood thinners save thousands of lives every year by reducing the risk of blood clots. They’re widely prescribed to people with atrial fibrillation (AFib) — the most common type of heart arrhythmia. But these drugs come with certain risks, especially as we age.

“Over time, people on blood thinners have a much higher chance of major bleeding after a fall or accident,” explains George Jabbour, MD, medical director of the Cardiac Catheterization Lab at UPMC’s Heart and Vascular Institute.

Blood thinners prevent clots from forming, but they can cause problems. “A minor injury for most people can pose a serious threat to people on blood thinners,” says Dr. Jabbour. “And for older adults who are at a much greater risk of falling, such bleeding can be life-threatening.”

In 2015, the U.S. Food and Drug Administration approved the use of the implantable device proven to reduce stroke risk in people with AFib that is not caused by a heart valve problem. 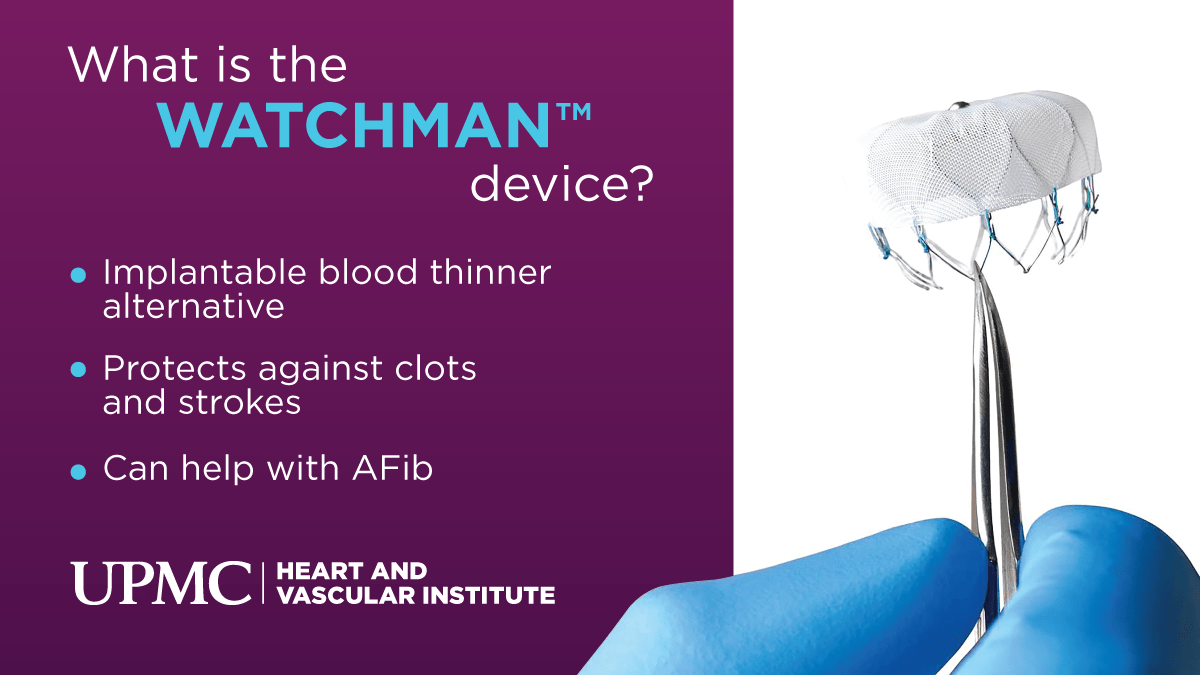 The procedure became available in 2019 at multiple UPMC hospitals including UPMC Passavant.

“This is cutting-edge care. Being able to offer it to our patients here in the North Hills community is a significant service,” says Sandeep Jain, MD, director of the UPMC Heart and Vascular Institute’s Center for Atrial Fibrillation and the UPMC Passavant electrophysiology laboratory. 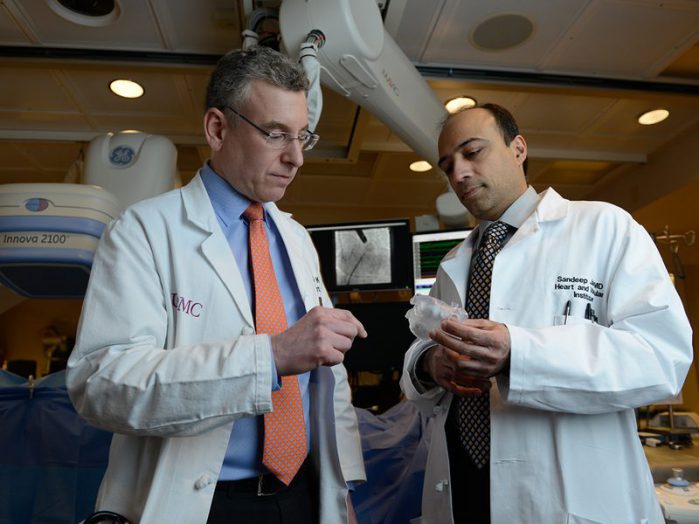 “In addition to protecting the heart from clots, WATCHMAN offers this valuable benefit: once implanted, patients no longer need to take blood thinners,” explains Dr. Jabbour. “This one-time procedure eliminates the increased risk of bleeding — along with the potential dizziness and physical weakness — that accompanies the long-term use of these drugs.” 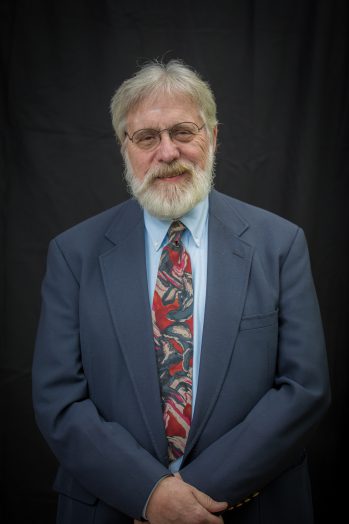 Barbara Kyle is a believer. In addition to AFib, the 79-year-old great-grandmother suffers from Charcot-Marie-Tooth, a hereditary disease that affects her balance and gait. “I worry about falling. Outside our home, I always walk with a cane,” she says.

Eager to reduce her dependency on blood thinners, in March 2019 Barbara became the 10th patient at UPMC to receive the implant from Dr. Jabbour. He has now performed more than 200 procedures.

The hour-long surgery, performed under general anesthesia, uses a catheter to place the small, parachute-shaped device inside the heart. Much like in a stent procedure, a small incision is made in the upper leg. The surgeon then uses a narrow tube to guide the device into the heart’s left atrial appendage, assisted by x-ray and ultrasound.

“After an overnight stay at UPMC, I was able to go home with very minor restrictions,” says Barbara. “It was very simple and painless.”

“In about 45 days, the heart tissue grows over the device and seals it,” says Dr. Jabbour. Once that happens, patients replace their primary blood thinner with aspirin andPlavix®. And after six months, most patients take only a reduced dose of aspirin.

“This has been such a relief for my family and me,” says Barbara. “It’s given us real peace of mind.”

In November 2019, after living with AFib for more than 25 years, Robert Grealish received the implant at UPMC Passavant. “My arthritis was getting worse and I wanted to get off blood thinners,” says Grealish, a retired family physician whose son now works at UPMC. “It’s a great procedure. I’m very grateful for this opportunity to reduce my risk of stroke and medicine intake.”

With two clinical trials underway, the UPMC Heart and Vascular Institute at UPMC Passavant is exploring if the implant can also be an alternative to taking oral anti-coagulation medication.

WATCHMAN™ is a trademark of Boston Scientific Corp.