“He’s probably one of the top athletic people I’ve ever worked with because he’s so well-educated. I honestly wouldn’t want to work with anybody else.” –Niko

Niko has been kicking a soccer ball for as long as he can remember. A beloved sport that he grew up playing in Baltimore has led him to Pittsburgh, taken him across Europe and back, provided him a virtual global audience, and will soon take him to Italy to further his goal of becoming a professional footballer. Both a player and coach, a true student of his craft, Niko has been dedicated to attaining his dream,  and he is well on his way to achieving it.

After playing at a community college Division I level for two years, Niko transferred to Point Park University (PPU) to finish out his college career. As PPU’s team physician and athletic trainers (ATs) are provided by UPMC Sports Medicine, Niko was able to receive medical advice and referrals from them to treat his injuries and help improve his mobility and performance. When he noticed pain in his hamstring while training for his junior season, he turned to team physician Kelley Anderson, DO, first.

Dr. Anderson booked Niko a priority appointment at the UPMC Lemieux Sports Complex and saw him in a matter of days. “It wasn’t until I saw Dr. Anderson at UPMC, and she sent me for some tests, that I knew I had a herniated disk,” he says. Dr. Anderson met with Niko again a few days later to discuss an action plan and help him adapt his training regimen while working through recovery. “She helped me stay active while being safe,” Niko reflects. Determined to provide Niko a full recovery, Dr. Anderson referred him to Shane Conley, PT, DPT, OCS, for physical therapy at the UPMC Rooney Sports Complex and continued to check on his progress. “Shane healed my back and helped me feel so much better,” Niko says.

Sports MedicineDo You Need to Do a Workout Cooldown?

Sports MedicineDo You Need to Do a Workout Cooldown?

But Niko’s journey with UPMC Sports Medicine wasn’t quite over. After making a full recovery and excelling in his junior and senior seasons, Niko complained of inflexibility and stiffness to the PPU athletic trainers, something he says he has always struggled with but finally decided to address if he could. The ATs immediately thought of Ron DeAngelo, MEd, CSCS, director of sports performance at the UPMC Freddie Fu Sports Medicine Center. Niko started to train with Ron in February 2020.

“I went to see him and, within minutes of evaluating me, he knew exactly what I needed,” Niko says. “The exercises I did on the very first day already had me feeling 10 times better and more mobile.” Niko shares that while he works with Ron on mobility and strength, he works with Sports Performance Coach Sam Pitcairn, USAW, on his diet—a full package that helps Niko practice healthy habits as he continues his athletic career and contributes to his overall wellbeing. “Everything that Ron and Sam have had me do has really changed my body composition for the better and boosted my energy levels,” Niko says. “I feel very energized and active, ready to take on each day.”

The specifics of Niko’s training regimen with Ron include resistance band exercises, active warmups, weight training, and more. The band exercises are done in specific motions and at specific speeds to retrain the muscles and joints and loosen them up, thereby furthering mobility. The active dynamic warmups help prepare the body for intense training, while the weight program is individually designed to build muscle and stamina in the areas most important to each athlete, depending on their sport and position. The weight training varies from upper body to lower body and everything in between, and the reps and sets are tailored to each athlete based on their experience and growth in the program.

Conveniently, most of what Niko learns from Ron can be practiced at home and applied to his everyday training regimen. As Sports Performance services are largely digital during the 2020 COVID-19 pandemic, Niko hasn’t been able to train with Ron in recent months, but they’ve kept in touch. Niko has continued to train on a daily basis, and he hopes to resume his regular in-person training with Ron. With a stay-at-home order in place, Niko says that he has stayed active by working on cardio with sprints and plyometrics and strength with bodyweight exercises.

“This has been an unusual time for workouts, but it has been a nice challenge as a player and coach,” Niko says. Not only has he played on a variety of community, traveling, collegiate, and semipro teams, Niko coaches many of them as well. “This has been a time of growth as a coach,” Niko says. “I’m able to design my own workout routines to do individually. I’ve never encountered a challenge like this before where I couldn’t train with a team, but now I have this new perspective on individual training, especially without weights.”

A Dream on the Horizon

“As soon as Ron’s program opens back up, I plan to go back and work with him for a few weeks before I have to leave Pittsburgh,” says Niko, who is moving to Italy in August 2020 to attend the Soccer Management Institute (SMI). This one-year master’s program yields a degree in coaching, as well as a UEFA B coaching license. While the program’s Serie A connections provide ample opportunity for trials, or extended tryouts, with professional teams, the program also provides students the tools to carry soccer throughout more of their lives through coaching. Niko is one of 25 men and 25 women who will attend the SMI at the American University of Rome during the 2020-2021 academic year.

Reflecting on what Ron and the Sports Performance team have done so far to help prepare him for this once-in-a-lifetime opportunity, Niko says, “He’s probably one of the top athletic people I’ve ever worked with because he’s so well-educated and understands what he’s doing—to the extent of assigning helpful stretches and mobilities within minutes of seeing me. The way he’s been able to change how I feel is fantastic, and his level of knowledge is impeccable. I honestly wouldn’t want to work with anybody else. It’s just unfortunate timing that I’m leaving soon, but I wish I could’ve worked with him a lot longer. We continue to keep in touch. It’s truly some of the best training I’ve ever gotten.” 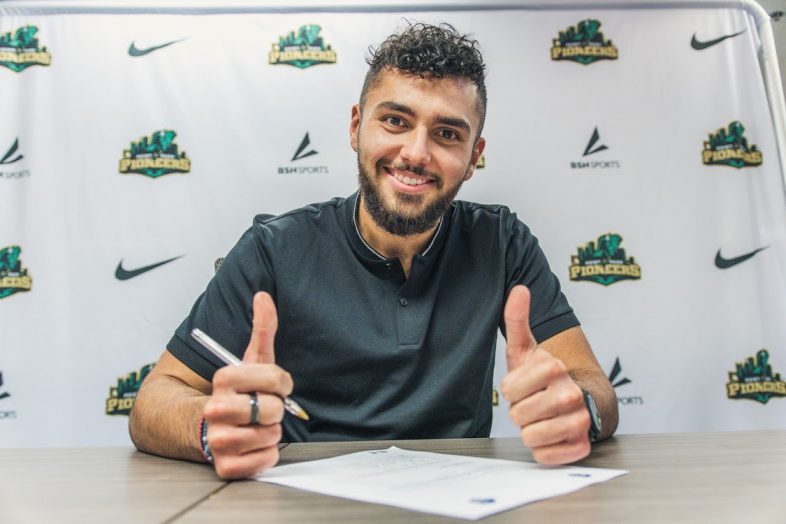 Finally, Niko shares that this training has helped with his overall education as an athlete and coach, not only offering an educational process for himself, but providing additional knowledge that he can pass on to the teams he coaches. “The process, the exercises—they’re simple,” Niko says, “but they have made all the difference.” All of us at UPMC Sports Medicine are proud to know an athlete and coach like Niko and wish him nothing but the best in his future endeavors.

While PCP and physical therapy services are typically covered by health insurance, sports performance services typically are not. Please consult your health plan if you have questions about your coverage.