“They work you hard — they really do. You’re up early, you have to wash yourself, get dressed. But what they do absolutely works.” –Judy

Retired fundraiser and 79-year-old Pittsburgh native Judy was in Florida when she developed crippling pain in the back of her head and neck. After returning to Pittsburgh in May 2020, Judy passed out from the pain. During a telemedicine visit with the UPMC Headache Center the next morning, a doctor suggested she get an MRI as soon as possible.

When radiologists saw the MRI results, they immediately admitted Judy to UPMC Presbyterian. The test showed her pain was caused by a mass on her brain stem — one that could have been malignant given her battle with breast cancer 20 years earlier. Fortunately, the mass was benign, but the battle was far from over. Judy underwent two surgeries and extensive rehabilitation before returning to her active life.

“I had two fabulous surgeons,” says Judy. Both procedures were performed by surgeons in the UPMC Department of Neurosurgery. Georgios Zenonos, MD, removed the mass through her nose using an endoscopic endonasal approach he pioneered at UPMC. She appreciated both his expertise and compassion. “He checked on me every morning and night,” says Judy.

Two days later, David O. Okonkwo, MD, PhD, performed surgery to insert rods and stabilize Judy’s neck. “I have not had a headache since my surgeries — not at all. Before, I couldn’t even stand up due to the pain. This was a miracle,” says Judy. But then her story took an unexpected turn.

While there is always swelling after any surgery, including around a breathing tube, it often isn’t severe. In Judy’s case, the swelling after her second surgery was so severe that she wasn’t able to breathe when they removed the breathing tube. An emergency tracheostomy enabled Judy to breathe again. Unable to swallow, she got a feeding tube a few days later.

Temporarily unable to speak or swallow, Judy was transferred to UPMC Rehabilitation Institute for inpatient rehab at UPMC Montefiore.

During her two-week stay at UPMC Montefiore, Judy’s recovery progressed. Her inpatient rehab included speech, physical, and occupational therapy which tested both her mental and physical strength.

“Carla, Ari, and Gabby were just lifesavers in rehab — they were wonderful,” recalls Judy. Carla J. Maiolini, MA/CCC-SLP, CBIS, was by Judy’s side daily as she learned to breathe, speak, and swallow again. Carla helped Judy perform tongue depressor drills and hand/chin exercises to teach her how to swallow. She even accompanied Judy to many difficult swallowing test. The first didn’t go so well but, after more practice, the second was a success. 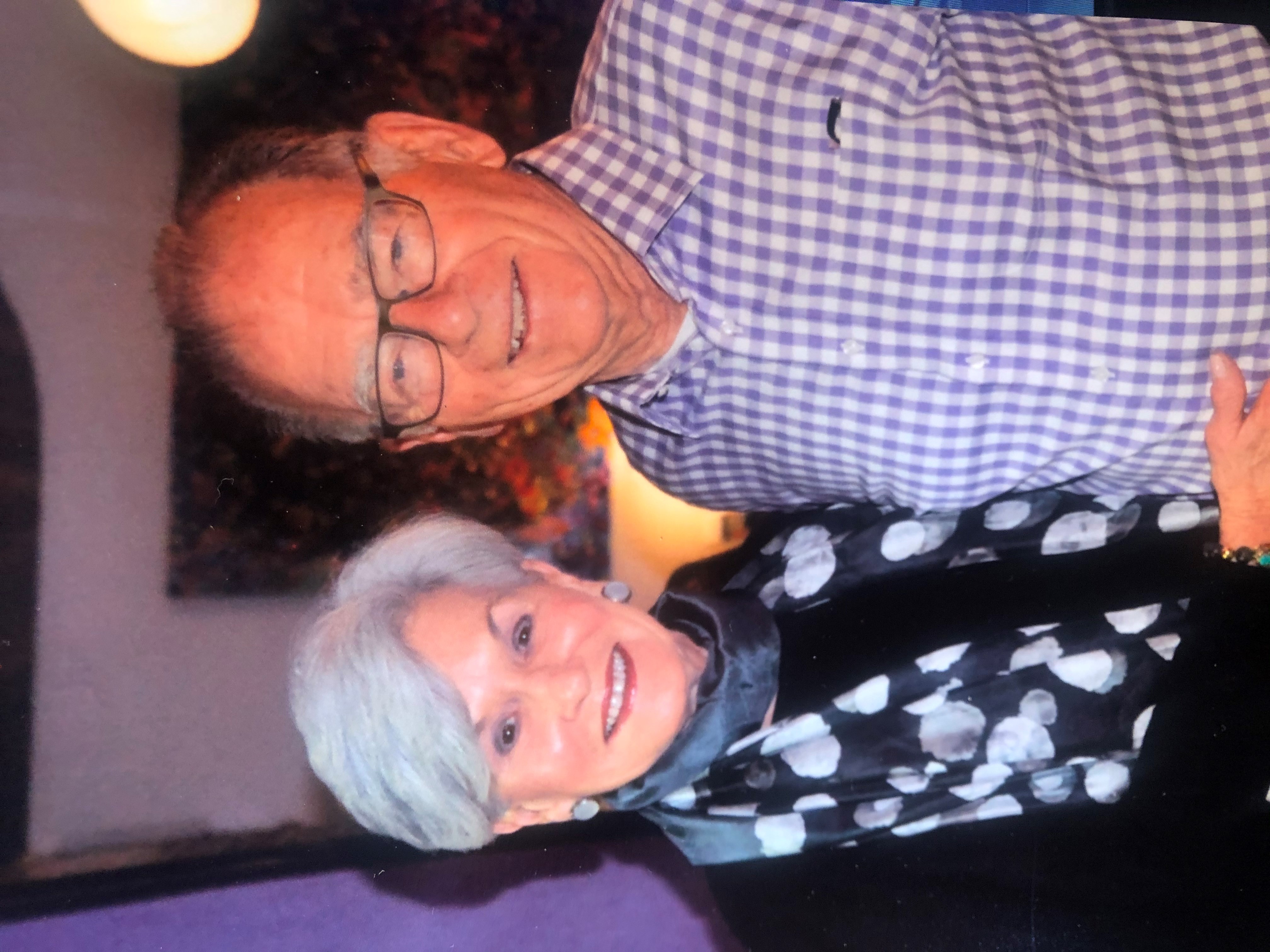 “There were days when I knew my therapists were coming and I thought, ‘Oh gosh I can’t do this today,'” says Judy. “But somehow I did.

“They have a manner that gets you through. They’re encouraging and kind. They work you hard — they really do. You’re up early, you have to wash yourself, get dressed. But what they do absolutely works,” adds Judy.

Kali Webb, DO, the physical medicine and rehabilitation attending physician on the rehab unit, says “Judy was a delightful, kind-hearted patient. She put a lot of hard work into therapies, both at her sessions and during her free time, which led to great success for her recovery.”

A Team of Lifesavers

Judy’s list of lifesavers from recovery to rehabilitation is lengthy. From an aide she looked forward to seeing every day, who was incredibly kind and helped her get into her gown each night, to a nurse at UPMC Presbyterian who was “just incredible” and encouraged her every step of the way — Judy’s appreciation for the staff is beyond what words can express.

After discharge from UPMC Montefiore in June, Judy returned home with her husband— feeding tube still in place — and was seen by visiting nurses and a dietitian. She describes how “unbelievable” her children and grandchildren were during the entire journey, and especially when she returned home. They took turns caring for her a week at a time, after being tested for the coronavirus before each visit.

She continued to improve with the support of those around her. In August, the feeding tube was removed. What started as a cautious food journey with ice cream, tapioca, and other soft foods ended in mid-September. One day, she decided she wanted a burger — and was able to eat the entire thing. Judy says it was the best cheeseburger she’d ever eaten. Still cautious about her food intake, she’s never had to turn away from solid food.

Judy loves to cook. When she started to do that again, Judy knew she was really feeling better . “Now I can eat just about anything, but I have to be careful. And I can speak. My voice is a little raspy, but it always kind of has been. I’m pretty much back to normal,” says Judy. “My care was unbelievable. Everyone was just fabulous. For a very difficult experience, it was as good as it could possibly have been.”

To learn more about inpatient rehabilitation, please visit our website or call us at 1-877-287-3422.

The UPMC Rehabilitation Institute offers inpatient, outpatient, and transitional rehabilitation, as well as outpatient physician services so that care is available to meet the needs of our patients at each phase of the recovery process. Renowned physiatrists from the University of Pittsburgh Department of Physical Medicine and Rehabilitation, as well as highly trained physical, occupational, and speech therapists, provide individualized care in 12 inpatient units within acute care hospitals and over 80 outpatient locations close to home and work.