Soothing digestion. Fighting cancer. Slowing the effects of aging. Drinking water from a copper cup has a transformative effect on your body, according to new health claims.

But do those claims actually hold up?

Experts at UPMC say drinking fluids from a copper cup offers no real health benefits, though use of these cups isn’t necessarily harmful, either.

Proponents of the new health fad say drinking water from a copper cup or mug can reduce inflammation, aid in thyroid function, regulate blood pressure, and even boost weight loss.

“Most of these cups are sealed on the inside, so there’s no real exposure to the copper,” Dr. Lynch said. 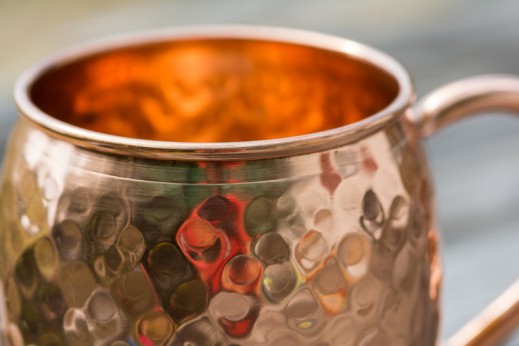 These claims may stem from the known benefits of the mineral copper. Studies have shown that leaving water in a copper vessel kills off bacteria, Lynch said. But there’s no evidence to link the tableware to weight loss, anti-aging, or bolstered brain function.

Dr. Lynch said excessive exposure to copper, which would most likely occur after ingesting powder copper in an occupational or industrial hazard, can lead to a variety of gastrointestinal issues, including internal bleeding and vomiting, as well as neurological problems. But this type of exposure is rare, he said.

Most people need a small amount of copper in their diet, and they get it from foods like almonds, legumes, and whole grains — no need to break out your favorite Moscow mule mug.

“They’re safe to use,” Lynch said. “But there’s probably no benefit.”