Liposuction can be a powerful tool to help remove unwanted fat that is resistant to diet and exercise.

Here are some of the most common questions I get asked about liposuction.

What You Can Expect After Liposuction

How much pain will I be in after liposuction? 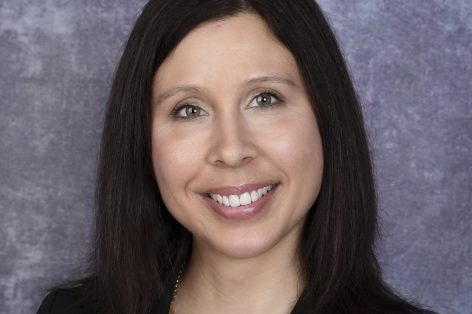 For most, it feels like having a giant bruise in the area that was treated. It shouldn’t be so severe that it keeps you from concentrating on other things (reading, watching TV, walking, etc.).  For people who have realistic expectations of pain (i.e., there will be some because you just had surgery, but it shouldn’t be 10/10 pain), and who don’t spend the recovery period lying in bed or on a couch for long periods of time, the pain is usually less than they expected.

Will I see results right away?

Liposuction can cause significant swelling. In some cases, this lasts a few months, and your final result will not be visible until then.

The majority of swelling does improve after four weeks, though. You will wear a compression garment for the first four to six weeks after your procedure to minimize swelling, and help with pain control.

Are there scars with liposuction?

The liposuction equipment is inserted into the skin through tiny incisions. Each incision is typically about as long as your pinky fingernail is wide. How many of these incisions you have will depends on the number of places you are having treated, and how easy it is to remove the fat in these areas. Whenever possible, the incisions are hidden in a natural skin crease or fold.

How much fat will be removed?

There is a limit to how much fat can be removed without requiring an overnight stay in the hospital. This amount is five liters, which is roughly equivalent to 10 pounds.

Whenever possible, this amount of fat will be removed. Sometimes, however, it is not possible to remove five liters. Some of the reasons to stop liposuction before removing five liters of fat include:

It can be hard to predict in advance how much fat will come out. Sometimes it is possible to remove a very large amount of fat from relatively lean individuals. Conversely, it can sometimes be surprisingly difficult to remove fat from an individual who looks like they have enough to reach the five-liter limit.

How many clothing sizes will I go down?

This one is impossible to predict. You should see a reduction in fatty tissue in the area treated, but whether or not this translates into a drop in clothing size cannot be predicted in advance.

Consequently, no guarantee can be made as to what size clothing you will wear after the procedure.

Will liposuction get rid of the roll of skin I have in my abdomen, arms, thighs, or other areas?

Although you will have a reduction in the amount of fatty tissue in the treated area, the skin itself that remains will often only tighten up minimally, if at all.

Liposuction does not treat excess skin. Only surgery to remove excess skin (tummy tuck, arm lift, thigh lift, etc.) can do that.

When fat is removed from an area of loose or hanging skin, this can sometimes make that area look worse. I tell patients to imagine removing the water from a water balloon. With the water gone, you’re left with the same amount of balloon, but now it appears deflated. Depending on the quality of your skin, the same thing can happen after liposuction.

Will the fat grow back?

Once the fat is removed from an area, it does not grow back. The fat cells that remain can get bigger with weight gain.Because there are fewer fat cells in the treated area (as compared to before the procedure), other areas of your body which were not treated may appear to increase in size.

To learn more about this topic, or to schedule an appointment, contact us at UPMC Altoona Plastic Surgery or call us at (814) 947-5030.