You may call it mucus, phlegm, boogers, snot, or something extra cutesy. Whatever name you use for it, there’s much to learn about these little buggers.

During cold or allergy season, for example, it can seem like mucus is clogging up your sinuses, nose, and throat and just trying to ruin your life.

When you’re sneezing it out or coughing it up, mucus hardly seems like a good thing. However, mucus does have a purpose — and real benefits. Read on for useful facts about mucus to help you appreciate it. 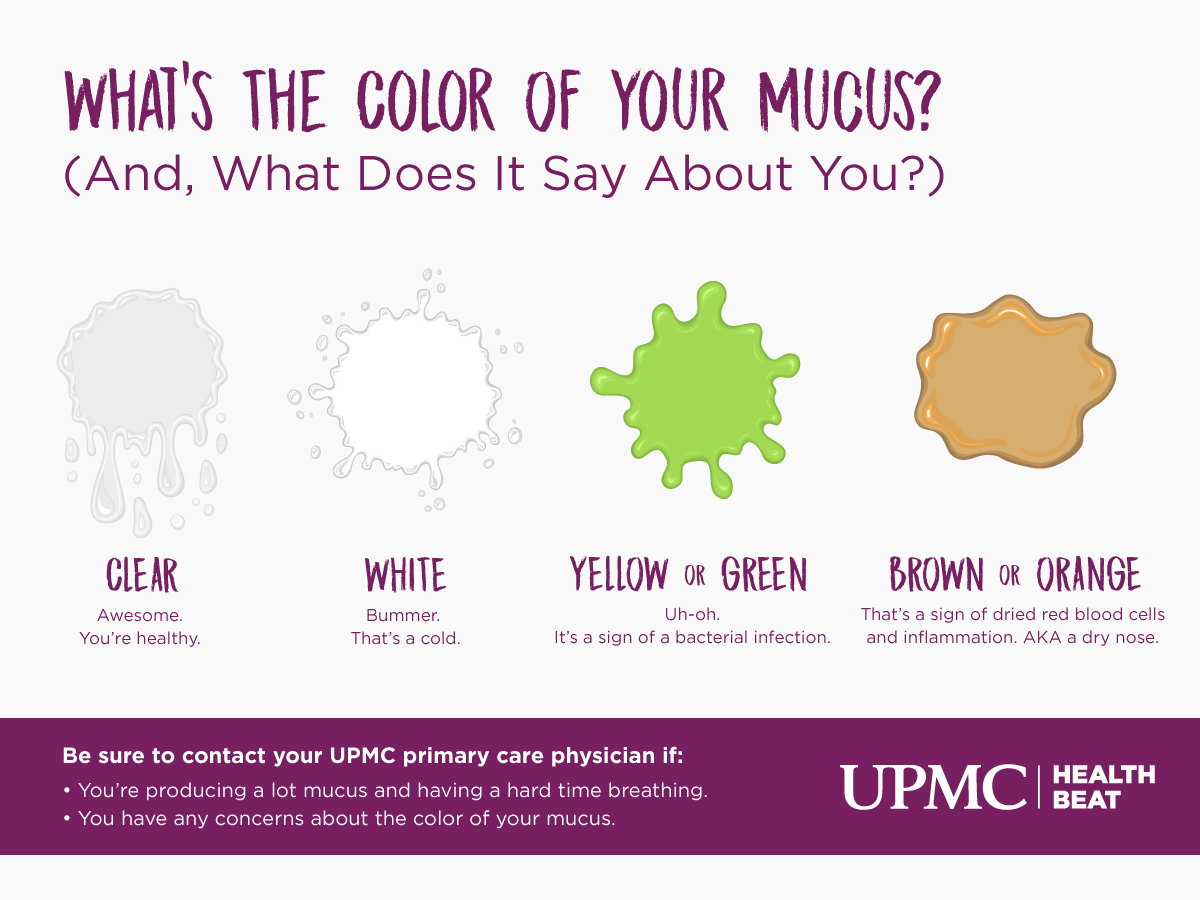 Have more questions about your health? Get them answered by contacting a UPMC primary care doctor.

Gross But Good: What Is Mucus, Anyway?

We tend to associate mucus with our noses, but it’s so much more. In fact, mucus is any viscous liquid your body produces to cover your organs and line any cavities.

A source of antiseptic enzymes, mucus  shields your sinuses and:

Too Much of a Good Thing?

Typically, your body can produce a liter of this sticky stuff each day. And when you’re sick, your body makes even more mucus or it becomes thicker.

RELATED: What Makes My Nose Run?

If the insides of your nose and sinuses are inflamed, it may take longer to get rid of extra mucus. So, when you’re sick and have more mucus and it’s draining slower, it may seem intolerable, but it’s actually important.

What Does the Color of Mucus Mean?

If you’re producing extra large amounts of mucus that make it difficult to breathe, or if you have concerns about the color of your mucus, contact your primary care doctor at UPMC.

The relationship with a patient and their primary care doctor can be extremely valuable, and that’s what you get with UPMC Primary Care. When you work with a primary care physician (PCP), you develop a lasting relationship. Your doctor will get to know you and your history and can plan your treatments accordingly. Our PCPs offer a variety of services, including preventive care and treatment for both urgent and chronic conditions. With dozens of UPMC Primary Care locations across our network of care, you can find a PCP close to you. Schedule an appointment today.