Kristen Macurdy was 17 years old when she underwent her first kidney transplant. It was a successful surgery and her new kidney lasted nearly 19 years, but in August 2016, Kristen found out her kidney function was once again declining.

Because she had already received a kidney transplant and was familiar with the process, she knew that a living donor transplant was possible. Her husband, Luke, immediately volunteered to get tested. 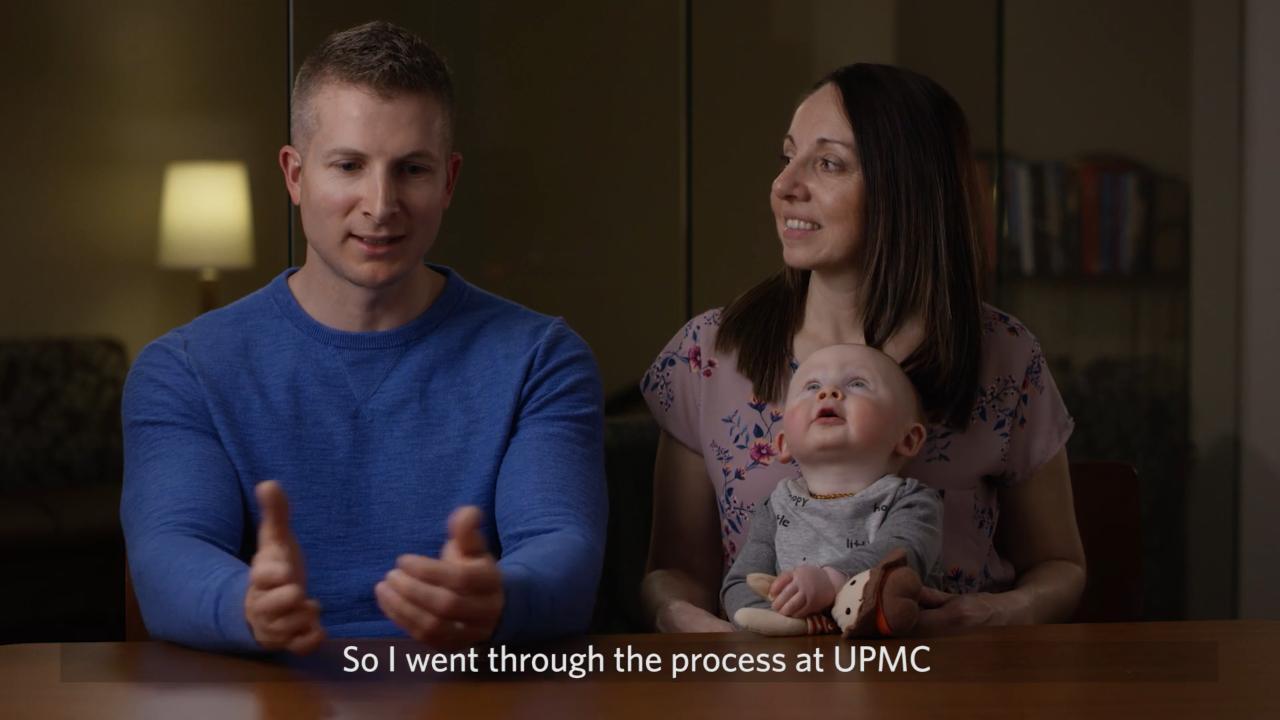 Eager to save his wife’s life, Luke underwent an extensive evaluation process and awaited the results, hoping he could help his wife. When he got the call that he was not a match, he was devastated.

Luckily, dialysis wasn’t the only option left. Experts at the UPMC Kidney Transplant Program, suggested they be part of the UPMC Living Donor Exchange Program.

Also known as a paired donation, a donor swap involves two pairs of donors and transplant candidates that do not have compatible blood types. The candidates trade donors so they can each receive a kidney with a matching blood type.

This option allowed Luke to donate his kidney to someone else on the waiting list so that Kristen could receive a donation from someone else – simultaneously saving Kristen’s life.

Since the kidney exchange process is anonymous, Luke and Kristen did not meet the other living donor pair. However, Kristen, who was part of a Facebook group for kidney and dialysis patients, saw a post from a woman who said her husband was undergoing a kidney transplant in Pittsburgh the same day. They immediately started messaging each other.

Kristen and Luke were able to connect with the people who were helping to save their family prior to the transplant, and then officially met in the operating room before the surgery.

The transplants were a success and today, everyone is doing well.

“It’s so much more rewarding to know that Luke helped save a stranger who’s no longer a stranger,” Kristen says. “It’s amazing.”

Kristen and Luke’s results may not be representative of all similar cases.