Maura McQuaide was an active grandmother, avid walker, and devoted animal shelter volunteer until her two dogs accidentally knocked her down last October while running around her Johnstown yard. Falling on concrete, she immediately felt soreness in her back. It was the beginning of a long and painful ordeal.

By December, Maura’s sore back had developed into a sharp pain radiating down her right leg to her toe. Sitting became unbearable, and she needed a walker to move around. Her family doctor prescribed pain medicines, muscle relaxers, and steroid injections, but the pain worsened.

“Nothing would stop the pain,” says Maura, 60. “It was excruciating, and I couldn’t do anything. Sitting was not an option, so I was stuck inside standing all the time. All I could do was cry.”

At the suggestion of her niece, a physical therapist in Pittsburgh, Maura made an appointment with Matt El-Kadi, MD, PhD, FACS, chief of neurosurgery at UPMC Passavant and director of the UPMC Passavant Spine Center in Wexford. He was able to examine her in Monroeville, so she only had to travel 90 minutes by car — lying down — from her Johnstown home. When she saw him, Maura described her pain level as fluctuating from 10 to 15 on a 10-point scale.

Dr. El-Kadi examined Maura and studied the results of an MRI that revealed she had degenerative disc disease in the lower back at L5 to S1. Her pain was caused by stenosis due to arthritis and a bone spur pressing on her spine — conditions that were aggravated by her fall. When he recommended surgery, she promptly asked, “How soon?”

Due to the severity of Maura’s symptoms and the pain she was experiencing, Dr. El-Kadi wanted to help her as soon as possible. Like most patients experiencing severe pain, Maura had her surgery scheduled at the earliest available date.

In late January 2019, Dr. El-Kadi performed a lumbar hemilaminectomy to decompress the nerves. Within hours of her surgery, Maura was sitting up in her hospital room at UPMC Passavant crying — from relief. 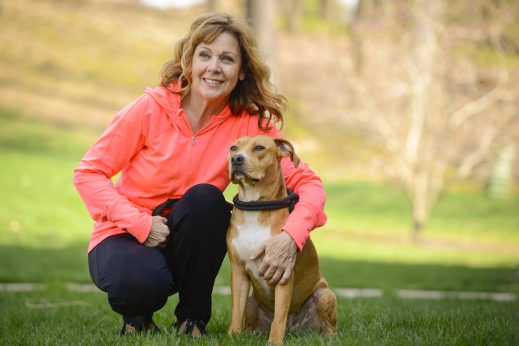 Living and Wellness‘You Can’t Give Anything Greater Than Life:’ Betty and Erin’s Story

Living and Wellness‘You Can’t Give Anything Greater Than Life:’ Betty and Erin’s Story

“It worked! My unbearable leg pain was gone for the first time in over a month,” says Maura. “Dr. El-Kadi gave me my life back.”

Two weeks later, Maura began physical therapy, including exercises to strengthen her core. By March, she was back to walking — two to three miles indoors at the mall or outside around the track and campus of nearby University of Pittsburgh-Johnstown. She’s also enjoying her five young grandchildren — all of whom live close to her.

“It’s wonderful to be back to normal. I’m loving life again!” exclaims Maura. “I can run with my grandkids and pick them up again. I’m walking and I’m looking forward to starting water aerobics and yoga classes.”

Maura, who drove to Wexford for her follow-up appointment, says she doesn’t mind traveling two hours to see Dr. El-Kadi.

“I had such a good experience. Everyone at the hospital and at the office treated me so well,” she says. “I’m hoping it never happens again, but if it does, I’ll call Dr. El-Kadi right away. He’s the best, and I’d go anywhere to see him.”

Headquartered in Pittsburgh, UPMC is a world-renowned health care provider and insurer. We operate 40 hospitals and 700 doctors’ offices and outpatient centers, with locations in central and western Pennsylvania, Maryland, New York, and internationally. We employ 4,900 physicians, and we are leaders in clinical care, groundbreaking research, and treatment breakthroughs. U.S. News & World Report consistently ranks UPMC Presbyterian Shadyside as one of the nation’s best hospitals in many specialties and ranks UPMC Children’s Hospital of Pittsburgh on its Honor Roll of America’s Best Children’s Hospitals.