“My physical activity is directly related to my mental health,” says Katie. “Working together, Dr. Mauro and Ashley helped me get that back.”

Katie, an active wife and mother of three with a passion for physical fitness, is an athlete. In the fall of 2016, Katie, 37, was almost 800 miles into a yearlong 1,000-mile running challenge when her right hip began to hurt. The pain wasn’t bad at first, but it increased with every stride she took. After a much-needed rest during the holidays, Katie was ready for her first run of 2017. But she couldn’t do it because the pain was unbearable. That’s when a friend referred her to Craig S. Mauro, MD, an orthopaedic surgeon who specializes in nonarthritic hip disorders. He also founded the Hip Preservation Program at UPMC St. Margaret.

He Really Heard Me

Katie’s symptoms included pain in the groin that wrapped around to the back of the hip, limited range of motion in the hip, and extensive inflammation. Unable to exercise or teach yoga classes at the studio she co-owns in Oakmont, Katie says both her mental health and her livelihood were negatively affected by her hip problem.

Katie hadn’t had the best experience with medical professionals in the past and was relieved after her first appointment with Dr. Mauro. “He sat down, turned toward me, looked me in the eye, and listened to me. He repeated back what I said and asked how I was feeling. Dr. Mauro cared about how I felt physically and emotionally. He really heard me.” 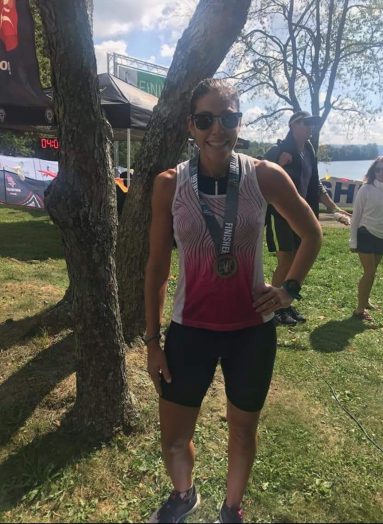 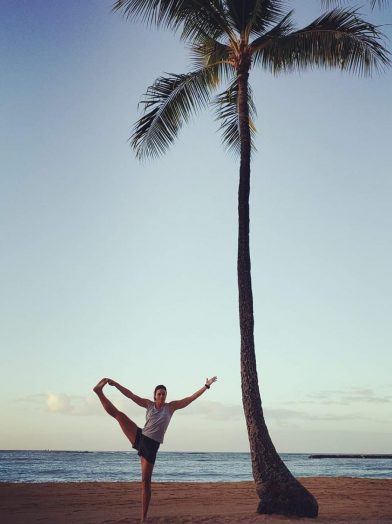 After reviewing Katie’s symptoms and examining her hip, Dr. Mauro diagnosed a hip labral tear and femoroacetabular impingement (FAI). He called in Ashley Young Disantis, a physical therapist, for another look. “He looked at her and said, ‘What do you think?’. I could tell that he really respected her opinion,” says Katie.

For more than a year, Katie worked closely with Dr. Mauro, Ashley, and the Hip Preservation Program team to pursue different nonsurgical treatments. “I really appreciated that Dr. Mauro didn’t push surgery,” she says. “I went to see Ashley, who I think is phenomenal, and we tried everything we could before turning to surgery.” In addition to physical therapy, her nonsurgical treatments included platelet-rich plasma injections, herbs and supplements, and even acupuncture. “While these treatments helped me to a certain extent, I still couldn’t perform,” says Katie. “So we came to a point where surgery was necessary to get me back to where I needed to be.”

In October 2018, Dr. Mauro performed Katie’s hip surgery at UPMC St. Margaret. The minimally-invasive procedure was a success, but Katie’s challenges were far from over. She spent four weeks using crutches and several months in physical therapy sessions with Ashley at the UPMC Rooney Sports Complex. Katie credits Ashley’s expertise, support, and friendship for helping her get through a “frightening time”. Her physical therapy treatment plan included band exercises, clamshells, bridges, monster walks, and other exercises to strengthen her hip. And walking again without crutches was frightening, says Katie. “But Ashley was so reassuring, comforting, and strong. I wasn’t secure in myself and was very emotional, so the quality time we spent together really mattered. It was professional, but also personal.”

While the months during and after physical therapy were difficult for Katie, her family was very supportive through the entire process. “My kids saw me at my lowest point,” says Katie. “My oldest daughter had to help me with everything. Looking back, I needed her to see that. I needed her to see that I couldn’t do the most basic things at one point, but that I could still cross the finish line.” She believes the challenges she faced and the strength necessary to make a full recovery made her a better wife, mother, friend, and athlete. Her successful recovery allowed her to be active with her family again.

Her friends and fellow athletes were equally supportive during those challenging times. Katie is co-founder of a casual group of about 20 Oakmont moms who run a few times a week. It’s not just a great group to exercise with; their time together is a needed break and therapy session. “Having emotional conversations is often easier while running side by side,” says Katie, “and I can’t thank Dr. Mauro and Ashley enough for helping me get that back. Joining the group again was such a powerful force in my life.” She also is back to her job as a yoga instructor and has added some new activities to her fitness regimen.

At 40 years young, Katie is at the top of her game. “I’m doing things that I never in a million years thought I could do,” she exclaims. It’s likely that running every day led to her hip injury, says Katie, so she now runs just twice a week and also enjoys biking local trails, swimming, and practicing yoga at her Oakmont studio. “To be honest, being injured helped me and it changed my life,” she explains. “I feel stronger than I ever have, I listen to my body now, and I’m an all-around better athlete than I was before.”

To test her newfound strength, Katie registered for some of the most elite endurance competitions in the world — the South Beach Triathlon in Miami in April, a 400-mike ride from Pittsburgh to Washington, D.C. along the Great Allegheny Passage in June, and a Half Ironman Triathlon in Delaware, Ohio in July. Although COVID-19 delayed many of these events, Katie continues training for the day when she can compete again. With some of her favorite activities coming up and her hip feeling better than it ever has, Katie’s physical and mental health are in great shape. “My physical activity is directly related to my mental health. Working together, Dr. Mauro and Ashley helped me get that back,” she says.

What advice would Katie give to someone having a similar experience? “Go see Dr. Mauro and Ashley. I would 100% send anyone to them.” Delighted by how well-run and smooth entire process was for her, Katie admits being hard on herself. She encourages others to trust the process and give themselves a break because “no one heals by rushing through it.”

Finally, Katie says, “If you’re questioning it, just go. We have UPMC here, and their level of care was beyond anything I expected. I’m grateful to live in a city like Pittsburgh where we have such excellent health care.”

As a national leader in advanced orthopaedic care, UPMC treats a full range of musculoskeletal disorders, from basic to complex. We offer treatments for both acute and chronic conditions. Whether you have bone, muscle, or joint pain, we provide access to UPMC’s vast network of services for both surgical and nonsurgical treatments. UPMC Presbyterian Shadyside appears on U.S. News & World Report’s rankings of the top hospitals in the country for orthopaedics. We strive to use the most advanced treatments. We are leaders in research and clinical trials, seeking even more cutting-edge tools and techniques.